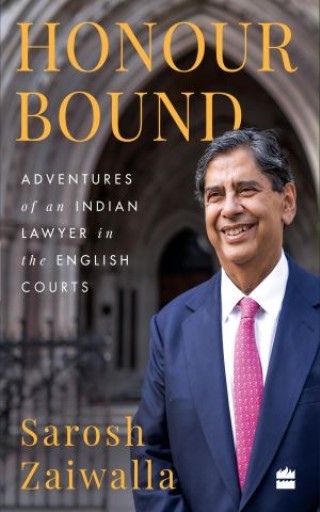 Honour Bound: Adventures of an Indian Lawyer in the English Courts

In this memoir, Zaiwalla looks back on his passage to England at a time when diversity had barely begun to take root in England's legal circles, to now leading a groundbreaking law firm. His is a story of a solicitor who made his way on his own terms, with creativity but without ever compromising on his values. While he still has many chapters ahead (a lawyer never retires after all), the ones that have concluded have created a storm in India, and feature a diverse cast including Rajiv and Sonia Gandhi, P.V. Narasimha Rao, V.P. Singh, the Hinduja brothers, the Dalai Lama, Benazir Bhutto, and Amitabh Bachchan. In this bold yet measured tale of trial and triumph, Zaiwalla tells all - as much as lawyer-client privilege permits of course.

Sarosh Zaiwalla: Sarosh Zaiwalla founded Zaiwalla & Co. Solicitors in April 1982 with offices in Chancery Lane, London. He specializes in arbitration and mediation and has worked with the governments of various countries including India, UK, China, Iran and Russia. His areas of interest are commerce, contracts, energy, construction and shipping.